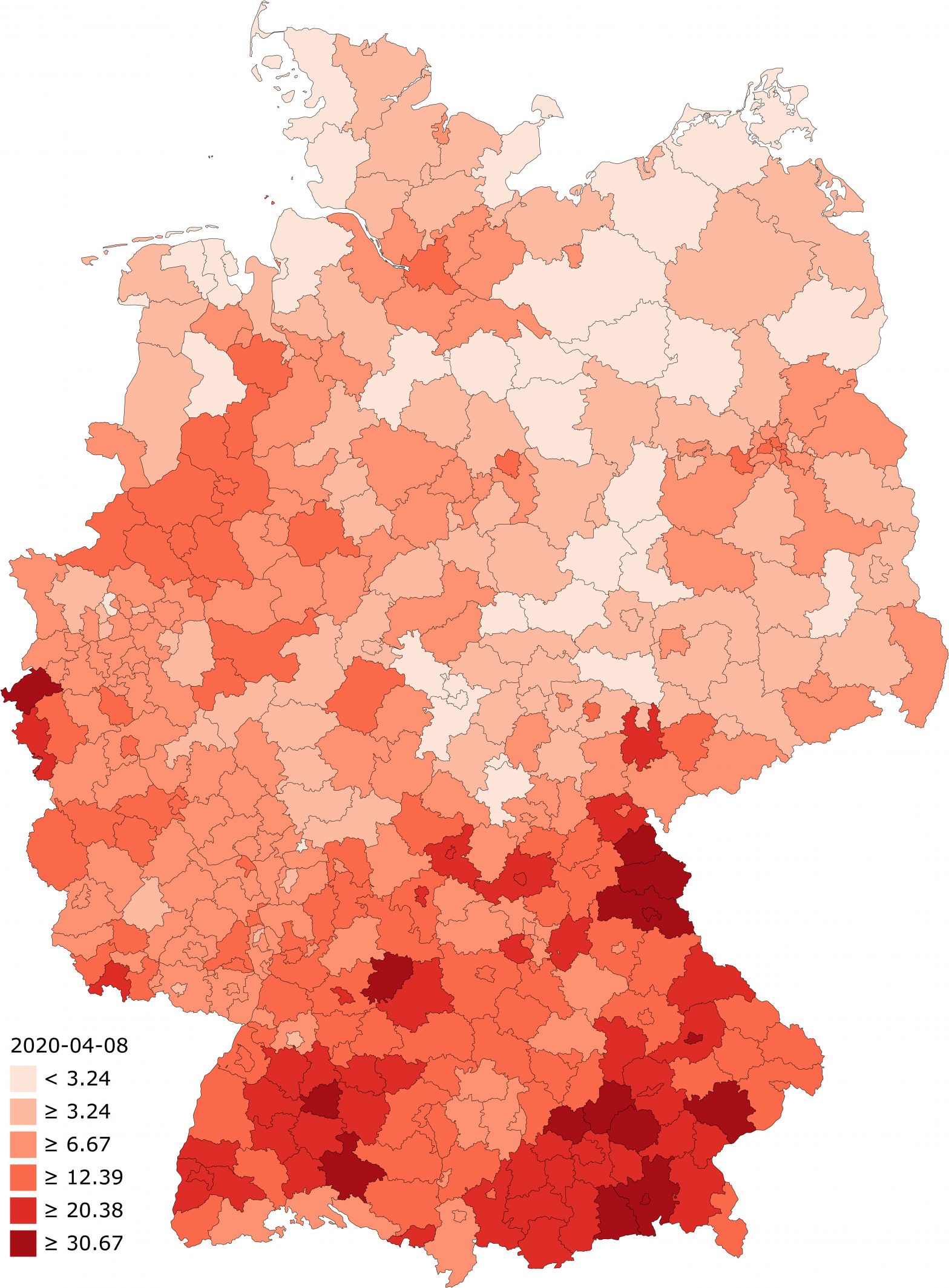 Germany has been touted a standout nation due to it’s low fatality rate.  This of course, makes everyone wonder why we don’t handle the virus like Germany?  However, just little deeper dive shows that the reason is not clear and may not in fact hold up as time goes on.

Does Germany have more success managing Covid 19 and if so, how did they do it?

First, the summary data from a combination of WHO and the CDC as of April 7.

Germany has 600% fewer deaths than the US, but only 56% lower based on deaths/million people.

It is also noted that Germany has tested the most asymptomatic or mild symptom patients of any country.  This would also lower their deaths/thousand cases.  There are also some reports that the Germans who are infected are significantly younger than those infected in the US.  As the disease is more deadly to the elderly, this would also skew the results.

In comparison with the other large countries of Europe, the US has the lowest number of cases/1000 patients and the second lowest fatality rate.

It is also interesting to note that although there were some targeted closings,  Germany’s national lockdown and social distancing regulations were put in place more than a week(March 22) after fellow EU members France (March 10), Austria, and Spain(March 14) had imposed similar policies.

There is no evidence that Germans are respecting shelter in place and social distancing more than any other country.

A large factor in Germany is that the ‘states’ have essentially more power than the central government.  Each German state made it’s own rule of what was an essential business and what you could and could not do.,  For instance in Berlin, bookshops were open but picnics were forbidden.  In Baden-Wuttenberg, it was exactly the other way around.  However, it allowed each state to do what it thought best for itself.  The German Public Health service is not one agency but rather by approximately 400 public health offices, run by municipality and rural district administrations.  This allowed each state to pick which test to use and when and how to use it.  The state did not have to wait for any national approval.  This seems chaotic but the end result seemed to be good or at least satisfactory.

The chart below shows that the daily deaths in Germany are still increasing.

The current data from Germany is relatively very good but only better in the category of deaths/million people than the US.  Although this is important, there may be other reasons for these numbers and the numbers are changing daily.  Who knows what the comparison will be in a week.

It does not seem like Germany has a special or different plan for managing Covid 19.