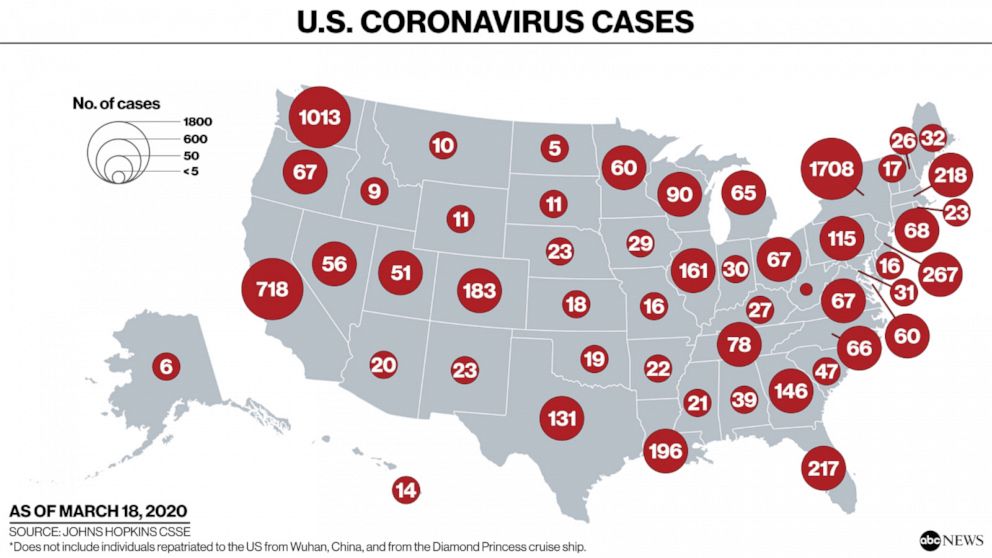 As we are half way through the month long national ‘lockdown’, attention is being focused on how we should return to life where we can leave our homes, go to work, shop etc.  One of the complications in deciding is the large differences between how the disease has impacted each state and that not all states have the same Covid 19 policies.  This is a discussion over 7 states.

There are 7 states that do NOT have a mandatory state wide ‘stay at home’ order.  These states are Iowa, Nebraska, North Dakota, South Dakota, Utah and Wyoming.  This does not mean there are no restrictions, but it means that the Governors or Legislaturs have not issued a mandatory stay at home or business shut down order.  Each state does have ‘mitigation’ policies such as closing schools and universities, and social distancing and testing programs.  Each state allows each city or county to add additional restrictions if they feel it is in their best interest.  The policy is to allow the most local government to make the decision that they feel is best for them.  In each state, there are cities are counties that have instituted a ‘shut down’ of all nonessential businesses, but the shut downs are not statewide.  There have been some areas which have placed limitations such as the maximum number of people in a store and other restrictions, but the restrictions are local.

To date, these states are 7 of the 16 states with the lowest number of Covid 19 deaths/million people.  Of these states, Iowa has the most deaths/million with 14.  It should be noted that 9 of these 14 deaths in Iowa were in one living facility.  Wyoming has the fewest deaths of any state with 1 attiributed to Covid 19.

Overall, the average statistics for these 7 states are far better than the national average:  There are fewer cases/million and fewer deaths/million.

It should be noted that the average death rate for the 50 states is dominated by results from 6 states which have over 124 deaths/million (NY 513 to Mass 124 deaths/million).  If you exclude these, the national average is 25 deaths/million.  In either case, the 7 no lockdown states have significantly lower death rates.

It is interesting to note that these states have been very aggressive in testing.

Only time will tell if these 7 states made the right decision.  However, it does illustrate clearly that not all states have the same distribution of Covid 19 cases and deaths.  They are, on average, less socially distanced as many businesses remain open in these states.  If we could develop a better understanding of why the number of cases and deaths are low in these 7 states that did not lockdown, perhaps it will give insight into how to reopen the country in the other states.

The bad possibility is that unknown factors have delayed the onset of the infection and that infection and death rates will climb.  However, the numbers are so much better than the other states, that the situation would have deteriorate rapidly to reach the same levels.

This illustrates the complexity of decision making.  When the restrictions are lifted on businesses and people are free to go about, what policies should be instituted, when should they be instituted, do you institute the same policies everywhere?  Based on current information, different areas of the country differ greatly in the number of cases and number of deaths.