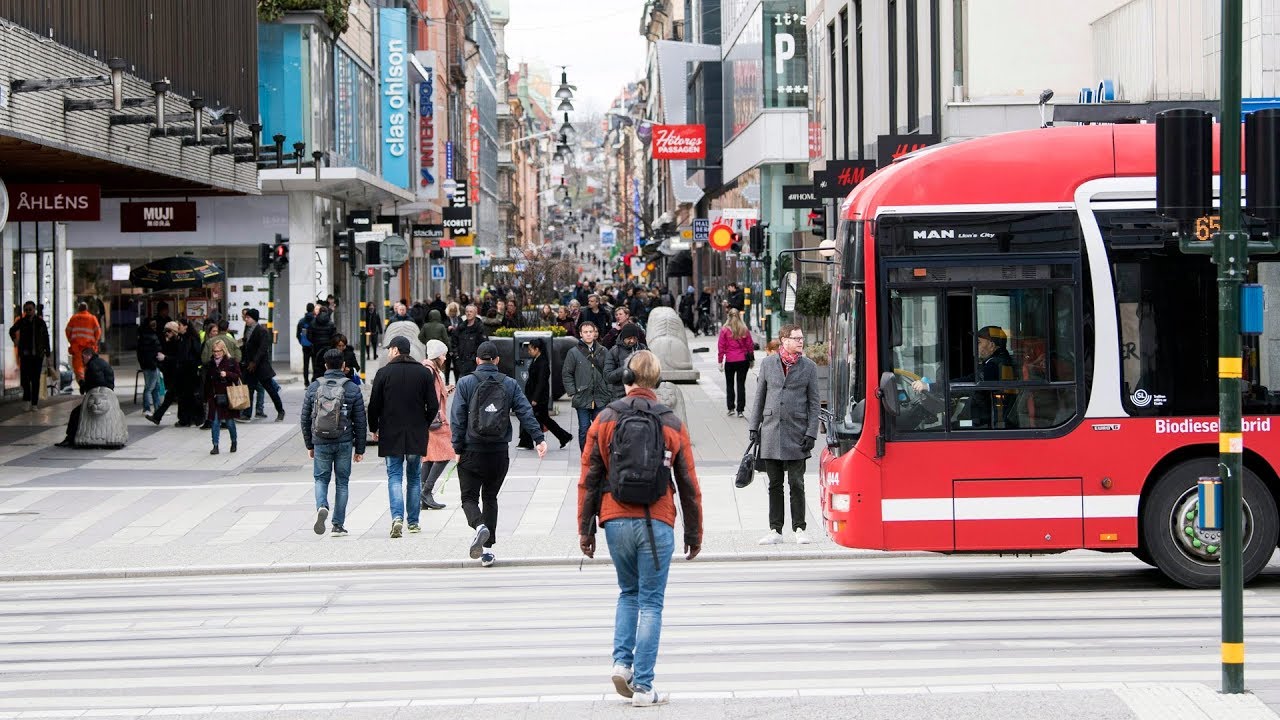 The picture above was taken yesterday in Sweden.  Look: No Social Distancing.

Sweden has taken what is called a ‘different’ approach dealing with Covid 19.  They have been using minimal behavioral adjustments which relies of some selected precautions and only ‘lockdown’ the most vulnerable people.  Gatherings of more than 50 people are prohibited and high school and colleges are closed.  Sweden has kept it’s borders open.  Preschools, grade schools, bars, restaurants, parks and shop remain open.  A driving concept in Sweden’s approach is to use practices that can be continued for a long time.  More severe lockdowns are limited (even though we don’t know what the limits are) in they can not go on forever.

It is interesting to note that social distancing being practiced now is the first time that healthy people are being isolated as well as the sick.  In past epidemics, only the sick were isolated.  So in a way, Sweden is doing what is usually done and the rest of the world is really running an experiment.

The question is: How is Sweden doing?

To make the closest comparison possible, I compared the Scandavian Counties of Netherlands, Sweden, Finland, Norway and Denmark.  These other countries had nation wide social distancing policies like the US with nonessential operations and schools coming to a stop.

It is not known what the future will bring?  At this point, Sweden’s approach does not seem to give demonstrably worse results than countries more strict social distance policies.  However, it is not know what the future will bring?  It is possible that Sweden’s infection rate will go up or down  in the weeks to come.  They are offering an interesting comparative example of another approach to handling the disease.  Time will tell if they made the right decision or not.

Commentary:  There are many who criticize Sweden for not taking more action.  However, the data suggests that it’s infection and death rate are essentially the same as other countries who are imosing strict social distancing guidelines.  However, if an outbreak should occur anywhere in the country, the infection rate could be catastrophic.  They could look like they smart if things stay the way they are and they will be judged incompetent and perhaps even arrogant if Covid 19 should break out.

I wish them the all the best and they be spared from the strength of an epidemic, but their policy is quite a gamble.